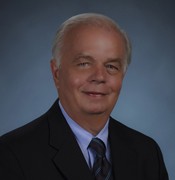 William Witherell joined Cumberland Advisors as chief global economist in Nov. 2005 and became a portfolio manager in Dec. 2005. He is also a senior consultant for finance and corporate governance to the Organization for Economic Cooperation and Development (OECD). From 1989 through Sept. 2005, he was OECD’s director for financial and enterprise affairs. He joined the secretariat of the OECD in Paris, France, in 1977.

Dr. Witherell is a graduate of Colby College and holds M.A. and Ph.D. in economics from Princeton University. Dr. Witherell began his career as a business economist with Exxon and Esso Eastern, from 1967 to 1973, where he held positions in the economics, treasury and corporate planning functions. He moved to the international economic and financial relations field in 1973, with positions first in the U.S. Department of State and then in the Department of the Treasury, from 1974 to 1977, as director of the Office of Financial Resources and Energy Finance.

Dr. Witherell currently resides in North Grafton, Massachusetts. He is a past chairman of the international roundtable of the National Association for Business Economics, and a member of the Boston Economic Club and the Westborough, Massachusetts Rotary Club.