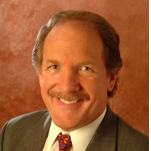 William Dunkelberg is professor emeritus of economics in the College of Liberal Arts, Temple University, where he served as dean of the School of Business and Management from 1987 through 1994 and as director of the Center for the Advancement and Study of Entrepreneurship. He served as the Global Interdependence Center’s Chairman for 20 years. He currently serves as chief economist for the National Federation of Independent Business (300,000 member firms; since 1971). His prior appointments were at the Krannert Graduate School of Management, Purdue University, the Graduate School of Business, Stanford University and the Survey Research Center at the University of Michigan. He has a B.A., M.A. and Ph.D. in economics from the University of Michigan.

Dunkelberg is a nationally known authority on small business, entrepreneurship, consumer credit and government policy. He was reported by the New York Times to be one of four final candidates for vice chairman of the Board of Governors of the Federal Reserve System in 1981, served as an advisor to the Secretary of Commerce, and was appointed to the Consumer Advisory Council of the Federal Reserve System in 1989 (2 year term). He is a past president and a fellow of the National Association for Business Economics (NABE) and was awarded the Abramson Award for the best paper in Business Economics in 2009. He was appointed to the Census Advisory Committee representing the American Economic Association in 1992 and again in 1995 (serving as chair) and served on the board of The National Bureau of Economic Research from 1996 to 1999. In 2016 he was appointed to a National Academies of Science committee to recommend revisions to the annual Census business surveys. He is an elected member of the Conference of Business Economists (and chairman in 2003) and the National Business Economic Issues Council and the first recipient of the Small Business Administration’s Research Advocate of the Year award. In 2008, the Haas School of Business (Center for Executive Education) at the University of California Berkeley honored him with their Leading Through Innovation Executive Award.

Dunkelberg has presented expert testimony before the U.S. House and Senate on consumer credit, inflation, tax reform, the minimum wage, small business, electronic funds transfer systems, energy efficiency standards, health care and monetary and fiscal policy. He has appeared on CNBC, Bloomberg, FOX, CNN, MSNBC, the ABC, CBS and NBC Evening News programs, Good Morning America, and numerous local news and business TV and radio shows. He is frequently quoted in major news publications including the Wall Street Journal, Bloomberg Business Week, the New York Times, U.S. News and World Report, USA Today, and serves on the economic forecasting panels for USA Today, and Bloomberg. He has authored and co-authored numerous books and articles and writes a monthly small business economic report for the National Federation of Independent Business (NFIB.com/research). He had his own radio show on WPHT 1210 AM Philadelphia every Sunday for 2 years and his editorials were broadcast by KYW NEWS RADIO for over 15 years until 2007.

His board service includes NCO Group (1999-2006, private equity deal), Liberty Bell Bank (founder, 2002, chairman of the board, 2005 – present), Wireless Energy Solutions (founder, 2009 – present), Independence Realty Trust (2011- present), Advanta Corp.(1989-2001), Active-e Solutions (sold to Neoware 12/01), Penn Fishing Tackle Mfg. (sold 12/02), Made4me.com (a founder, dba Intellifit.com), Ensoniq Corporation (sold to Creative Labs), the Credit Research Center (George Washington University), the Commonwealth Foundation, the International Visitors Council, The Ben Franklin Innovation Investment Advisory Committee, the National Economist Club (2001), the Javie Foundation for Charity, the Laboratory for Student Success (Temple University), Consumer Credit Counseling Services of Delaware Valley, and the Pennsylvania Council on Economic Education (co-director of the Center for Economic Education at Temple). Dunkelberg served as a regional judge for the Ernst & Young Entrepreneur of the Year program for 14 years, a national judge in 2001 and 2003, and as a member of the board of the Greater Philadelphia Chamber of Commerce. He served as a member of the Quality of Markets Committee for the Philadelphia Stock Exchange until its sale to NASDQ in 2008.