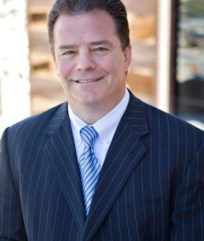 President and CEO of the Greater Phoenix Economic Council

Broome’s tenure at GPEC has led to the attraction of more than 170 companies creating at least 30,100 jobs and more than $7 billion in capital investment to Greater Phoenix.

In Arizona, Broome has been named the state’s Top Economic Developer and is the inaugural recipient of the Real Estate Excellence Award. Under his leadership, GPEC has been ranked the No. 1 regional economic development organization in the U.S. among site-selection consultants and was recognized as Organization of the Year by the Arizona Association for Economic Development. Broome is credited with developing economic development programs that have redefined public policy and improved statewide competitiveness.

In 2012, Broome and GPEC provided technical review and counsel to Arizona’s State and House legislators on the Qualified Facilities Income Tax Credit – a $630 million landmark economic development program that will shape the state’s ability to deliver high-impact projects. In 2009, Broome worked with the business community, public-sector leaders and state partners to orchestrate the passage of Arizona’s landmark Renewable Energy Tax Incentive Program, a $350 million tax credit to stimulate renewable energy investment in Arizona. Since the program’s passage, Greater Phoenix has drawn 14 companies, resulting in more than 6,600 jobs and more than $1.8 billion in capital investment. Among these wins is First Solar—the world’s most dominant industry leader. Broome helped to secure one of the nation’s largest solar manufacturing projects when First Solar selected Greater Phoenix for its technology campus, which is projected to create 4,800 jobs and $1 billion in capital investment.

Prior to GPEC, Broome was shaping Kalamazoo, Michigan’s economy through a university, life science and venture capital strategy. Broome founded Southwest Michigan First from a small metal desk at the regional Chamber of Commerce, with a $150,000 operating budget and a $1.7 million shortfall. Four years later, Broome had raised $55 million, the organization was recognized as a Top 20 economic development agency in the country by Site Selection magazine and it appeared in Inc magazine’s Fast 50. Also honored as Michigan’s Economic Developer of the Year, Broome built the Southwest Michigan Innovation Center, launching 14 life science start-ups and 23 new ventures.