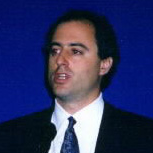 Altman, the former CEO of the Anacostia Waterfront Corporation, has been engaged in private sector work after years of significant public service.

“As a native Philadelphian who has led large-scale development projects including the successful economic redevelopment of Washington, DC, Andrew will bring unparalleled experience and perspective to the commerce department,” said Nutter. “I am incredibly pleased that he answered my call to service and returned home to aid in the economic growth of Philadelphia.”

Altman served for five years as the planning director for Washington D.C. under Mayor Anthony A. Williams, and was appointed the first president and chief executive officer of the Anacostia Waterfront Corporation founded to guide the ambitious regeneration of the National Capital waterfront. The initiative to reclaim the waterfront of Washington D.C. has been nationally recognized by the American Institute of Architects, the American Planning Association, Places Magazine (ERDA award) and the American Society of Landscape Architects as one of the most innovative urban redevelopment initiatives in the United States.

Altman was also appointed a visiting fellow at the Brookings Institution Center for Metropolitan Policy where he worked on the development of a new “Transformative Agenda for Cities” as well as international initiatives on urban development.

Altman has been the recipient of fellowships including the German Marshall Fund Fellowship, the Loeb Fellowship at the Harvard University Graduate School of Design and a Lady Davis Fellowship at the Technion, Israel Institute of Technology. Mr. Altman holds a master’s degree in city planning from MIT.

Altman’s appointment brings the commerce department, formerly headed by Stephanie Naidoff, and the Philadelphia City Planning Commission, which was led by Janice Woodcock, under one roof.