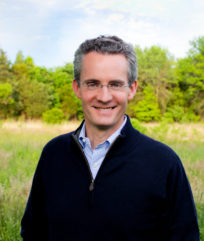 Alex Flint is the executive director of the Alliance for Market Solutions (AMS), an organization of conservative leaders addressing two of America’s most pressing challenges: the need to reduce carbon pollution and grow the economy. Recognized as one of Washington’s top lobbyists, he led the Nuclear Energy Institute’s advocacy program as the senior vice president of governmental affairs for a decade before joining AMS in May 2017. Mr. Flint previously served as staff director of the U.S. Senate Committee on Energy and Natural Resources, during which he led the creation of the bipartisan Energy Policy Act of 2005—the first significant energy legislation in 13 years—and approximately 100 public land- and water-related laws. He received a bachelor’s degree in international politics from George Washington University and lives in McLean, Va., with his wife and four children.