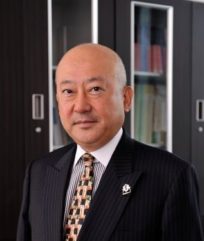 Special Advisor, Directors of the Canon Institute for Global Studies

Akinari Horii is Special Advisor and a member of the Board of Directors of the Canon Institute for Global Studies, a research think tank in Tokyo, Japan. He also sits on the Audit & Supervisory Board of Tokio Marine Holdings. In addition, Akinari advises a few internationally active business firms, e.g., Nomura Securities.

Akinari Horii was a central banker until he stepped down as Assistant Governor of the Bank of Japan in June 2010. During the four years’  term of office, Mr. Horii was responsible for the Bank’s all international activities and represented the Bank at G7Deputies, G20Deputies, FSB, and other key committees of international organizations.   In Asia, he

was Chairman of EMEAP Working Group on Financial Markets as well as BIS/EMEAP Forex Forum.

Before the governmental appointment to assistant governorship, Mr. Horii had worked at the Bank for three decades. Outside the Bank of Japan, he also worked at the BIS in Basel, Switzerland and Japan’s Ministry of Finance.

He is a member of several non-profit entities, e.g., Keizai Doyukai (Japan Association of Corporate Executives), where he is deputy chairman of both its Advisory Council and Committee of International Affairs; the Trilateral Commission; United States-Japan Foundation’s Board of Trustees, where he is Vice Chairman.