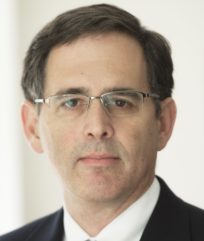 Robert Kahn is Director of Global Strategy at the Eurasia Group and adjunct professor at Johns Hopkins University, with an expertise in macroeconomic policy, sanctions, debt and crisis resolution. Before joining the Eurasia Group, Dr. Kahn was an economic consultant, a senior fellow for international economics at the Council on Foreign Relations (CFR), a senior strategist with Moore Capital Management, and a senior adviser in the financial policy department at the World Bank, where he focused on financial sector assessments for developing economies and was the Bank’s liaison to the secretariat of the Financial Stability Forum. Robert also held staff positions at the International Monetary Fund (IMF), where he worked on public policy and the resolution of debt crises in emerging markets. He was a member of the IMF team that worked closely with Korean authorities in 1997-1998 to develop a system for comprehensive monitoring and reporting of external debt and reserves, and subsequently was involved in development of the Fund’s policy for private sector involvement in crisis resolution. Robert held various senior-level positions at Citigroup, served as the head of the Office of Industrial Nations at the US Treasury, and was a senior economist at the Council of Economic Advisers, as well as the Federal Reserve Board. Robert received his B.A. from the University of Chicago and his Ph.D. from the Massachusetts Institute of Technology.