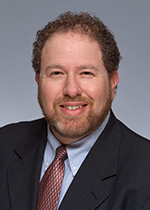 William A. Strauss is a senior economist and economic advisor in the economic research department at the Federal Reserve Bank of Chicago, which he joined in 1982. His chief responsibilities include analyzing the current performance of both the Midwest economy and the manufacturing sector for use in monetary policy. He produces the monthly Chicago Fed Midwest Manufacturing Index and organizes the Bank’s Economic Outlook Symposium and Automotive Outlook Symposium. In addition, he conducts several economic workshops and industrial roundtables throughout the year.

Mr. Strauss earned a B.A. in economics and geography from the State University of New York at Buffalo, and an M.A. in economics from Northwestern University. He has taught as an adjunct faculty member at Loyola University Chicago and Webster University in Chicago. He currently teaches at DePaul University Kellstadt Graduate School of Business, and at the University of Chicago Graham School of General Studies. At the latter institution, he was named winner of the 2010 Excellence in Teaching Award in the Business and Professional Programs.

His research papers include analysis of the manufacturing sector, the automotive sector, the Midwest regional economy, the trade-weighted dollar, business cycles and Federal Reserve payments operations.

Mr. Strauss has been interviewed on numerous television and radio shows and quoted in the major business magazines and newspapers. He has also provided testimony concerning manufacturing issues to the U.S. Senate.