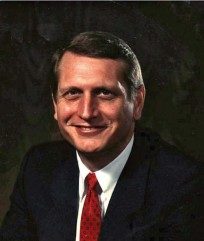 Timothy Weckesser, Ph.D., co-founded Sino-Consulting, Inc. (s-c-i.com) in 1988 and serves as its president & CEO. The company has two offices in China and a representative office relationship with a company under the Tianjin Science & Technology Commission. SCI has completed over 400 assignments for some 100 clients. Weckesser was awarded Tianjin’s Haihe River Prize for his long-term contributions to Tianjin’s development. He was also appointed as economic consultant to the Tianjin Free Trade Zone and Tianjin Airport Industrial Park.

He has been a featured speaker at such forums as the Harvard Business School Club, Beijing Venture Capital Alliance, the Wharton School China Business Forum, the Columbia School of East Asian Studies, Coudert Brothers Annual Partners Conference, the China Institute, the International Wireless Packaging Consortium (IWPC), BioPharm 2003 and many others.

Prior to joining SCI, Dr. Weckesser was associate provost at Temple University in Philadelphia where he wrote Temple’s patent policy and created its technology transfer program. He is a founding board member of the Japan-America Society of Greater Philadelphia. He received his Ph.D. in 1980 in political science from the New School for Social Research in New York City.