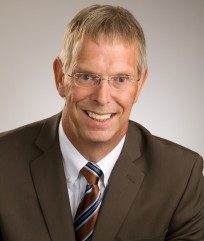 Mr. Link received his master’s in business administration from the University of South Dakota.  He was a Bush Leadership Fellow and received his master’s degree in Hospital and Health Care Administration from the University of Minnesota.  Mr. Link has been a central figure in strategic planning, mergers and acquisitions, research and development for Sanford Health and, among other things, is responsible for the Sanford Initiatives.

Mr. Link is involved in many community associations.  Current board and leadership positions include the Global Interdependence Center Advisory Board, Enterprise 605, South Dakota EPSCoR/REACH Committee, the South Dakota Symphony and the South Dakota Research and Commercialization Council.