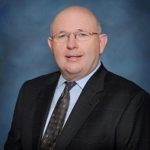 Ray Dillon was President and Chief Executive Officer for Deltic Timber Corporation from 2003-2016. Since his arrival, Mr. Dillon brought to the company a revitalized focus on efficiency and personal accountability within all levels of Deltic’s operations. The effects of this enhancement in core operating principles can be seen in the recent improvements in both the operating and financial results reported by the company. As President and CEO of Deltic Timber Corporation, Ray Dillon was involved with recruiting Sun Paper to Arkansas. In November of 2017, Mr.  Dillon was retained to represent Sun Paper as their U.S. Project Consultant.

Mr. Dillon began his 25-year career with Gaylord in 1977 as a process engineer at the Bogalusa mill in Bogalusa, Louisiana, for the predecessor of Gaylord, Crown Zellerbach. From 1987 until 1994, he was General Manager of Gaylord’s Pine Bluff, Arkansas, manufacturing facility. During the remainder of his tenure at Gaylord, Mr. Dillon held a variety of senior level positions in the Chicago, Illinois, corporate office of this $1.2 billion manufacturer of container board, corrugated containers, and other forest industry products.

Mr. Dillon currently serves as Chairman of the Board of America’s Car Mart in Rogers Arkansas and is a Director on Stone Bank’s Board of Directors headquartered in Little Rock Arkansas.

Mr. Dillon earned a B.S. degree in Chemical Engineering from Mississippi State University in 1977 and an M.B.A. degree from the University of Chicago in 2000.